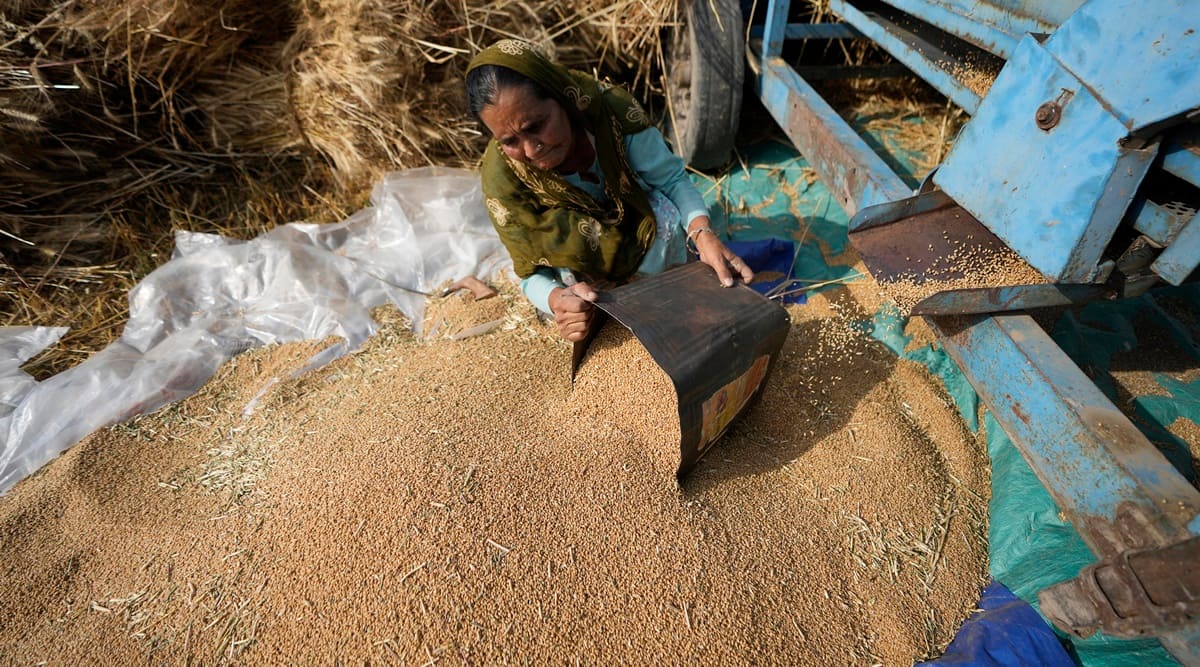 Similarly, 75:25 ratio of wheat and rice has been made 60:40, Pandey stated, including that states the place rice allocation has been zero, will proceed to get wheat. For all small states, NE states and particular class states, allocation has not been modified, he stated.

Meanwhile, in a communication to states, the Union Food Ministry stated, “To ensure management of foodgrain stocks as per norms, to position rice stock for distribution of fortified rice, ease the pressure on the logistics and after due consultations, it has been decided to revise the NFSA allocation of rice and wheat under AAY & PHH category in r/o 10 States/ UTs i.e. Bihar, Jharkhand, Odisha, West Bengal, Delhi, UP, Gujarat, Maharashtra, Madhya Pradesh and Tamil Nadu and under tide over category in r/o 3 states i.e. Uttarakhand, Kerala and Tamil Nadu for the remaining 10 months of FY 2022-23 i.e. June, 2022 to March, 2023…”

The 10 states of which wheat allocation has been revised downward beneath the NFSA are: Bihar, Jharkhand, Odisha, West Bengal, Delhi, Uttar Pradesh, Gujarat, Maharashtra, Madhya Pradesh and Tamil Nadu and these accounts about 67 per cent (or 55.14 crore) of 81.35-crore beneficiaries coated beneath the NFSA. After the revision, their mixed month-to-month wheat allocation would come right down to 9.39-lakh metric tonnes from their present allocation of 15.36-lakh tonnes — a drop of 5.97-lakh metric tonnes. However, these states will probably be supplied further rice that will probably be equal to chop of their wheat allocations.

Besides, tied over allocation of wheat for 3 states — Uttarakhand, Kerala and Tamil Nadu — has been minimize. The mixed present month-to-month tied over wheat allocation of those states is about 1.13-lakh metric tonnes. However, after the revision, it might turn into nil.
The NFSA offers that “in case any state/UT’s allocation under NFSA is lower than their current allocation, it will be protected up to the level of average off-take under erstwhile normal TPDS during 2010-11 to 2012-13, at prices to be determined by the Centre”. This further amount of foodgrains is known as the tide over allocation.

“If any quantity of wheat of the existing allocation is already lifted by states, adjustment may be done for the respective quantity during the remaining period of the year,” it stated.

“There will be no change in cost sharing on account of such distribution, including food subsidy, intra-state transportation and dealer’s margin/additional dealers margin, it will continue as per current sharing basis,” it added. According to the Food Ministry, the transfer is predicted to save lots of 61 LMT wheat over the remaining10 months of the present monetary yr.

The Centre’s transfer comes at a time when there was a sudden spike in wheat and atta costs amid rising demand and decrease manufacturing and public procurement. According to the federal government, the opening public inventory wheat as on April 1 stood at 190 LMT. A amount of 195 LMT of wheat is predicted to be procured throughout the present rabi season. According to the ministry, 180 LMT wheat has been procured until May 13 throughout the present rabi season.