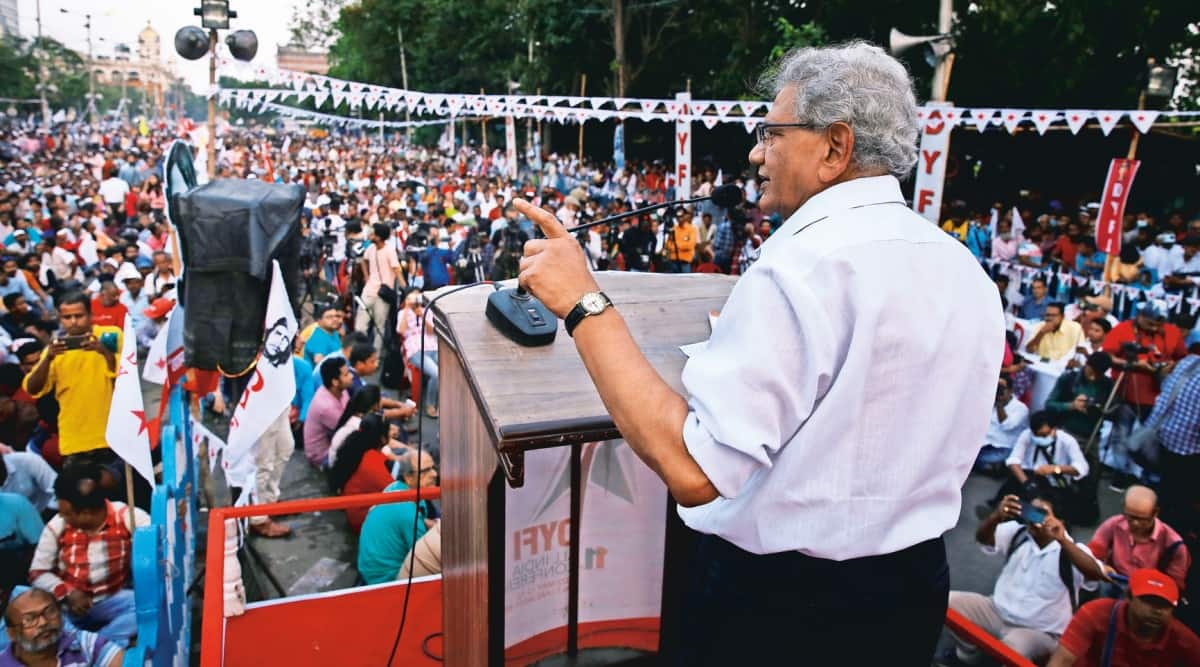 Addressing a Democratic Youth Federation of India’s (DYFI) rally simply earlier than the inauguration of an all-India convention of its youth wing on Thursday, CPI(M) West Bengal State Secretary Md Salim referred to as upon the youths to be taught from the folks’s motion in Sri Lanka.

“If the people of a state come out on the road, then exactly what happens we have seen in Sri Lanka. They too have police and army, but they could not do anything to suppress the movement,” Salim informed numerous cadres gathered from throughout the state at Rani Rashmani Road in Kolkata to take part within the DYFI’s rally.  “A BJP leader had once said ‘goli maro salo ko (shoot them dead)’… If you (the BJP leader) want to do so, then what happens we have seen in Sri Lanka,” mentioned Salim.

“This rally has proved that those evicted from their houses by the ruling party after the Assembly election results are still on the road, and they are fighting. Today, we have to take an oath that we will make history in this state,” added Salim.

DYFI all India secretary Abhoy Mukhopadhyay mentioned, “The Mamata Banerjee administration also deserves a movement like Sri Lanka here for what they are doing.” The four-day eleventh all India convention of the DYFI kicked off at Eastern Zonal Cultural Centre in Salt Lake right here on Thursday.

Speaking on the occasion, CPI(M) common secretary Sitaram Yechury referred to as for a change of the federal government on the Centre. “The government is the manager of the property, but the owners are the ordinary people. The owner has the right to change the manager. Only by changing the government at the Centre, this country can be saved.” While he repeatedly attacked the BJP and the central authorities, whereas the CPI (M) state leaders focused the Trinamool Congress and its authorities within the state.