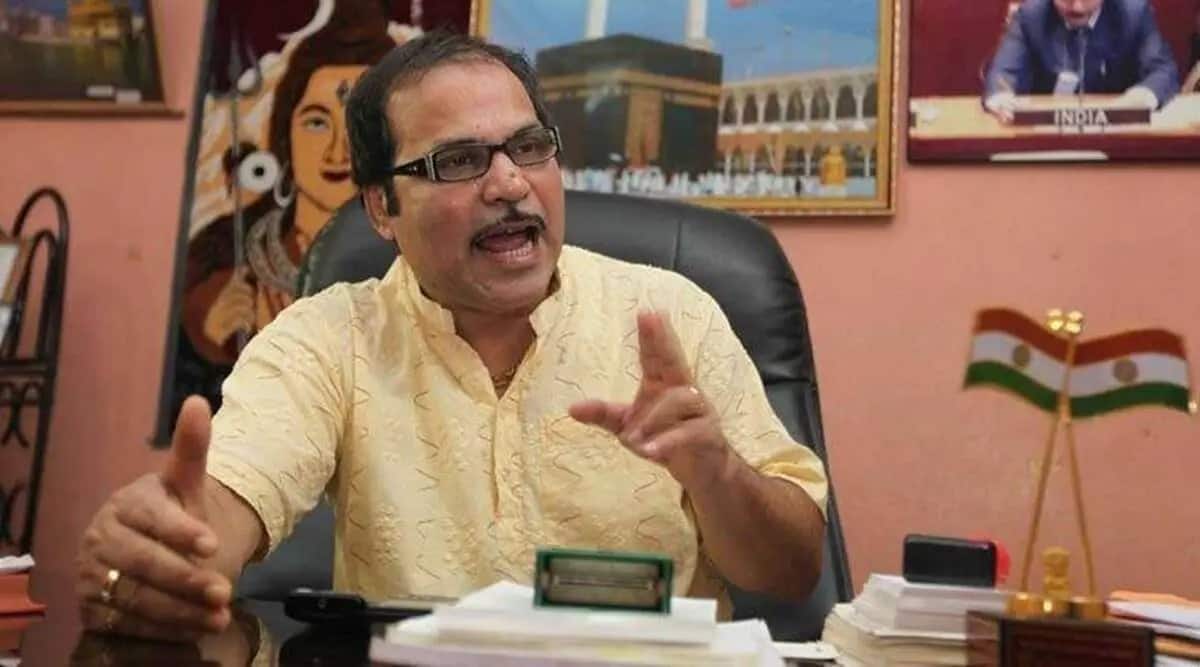 Days after it got here to mild that almost 800 Pakistani Hindus in Rajasthan returned to that nation final yr, Congress chief in Lok Sabha Adhir Ranjan Chowdhury on Wednesday wrote to Union Home Minister Amit Shah and sought rapid steps by the federal government to make sure that “our Hindu brethren” don’t face “harassment” and should not have to return to Pakistan “out of frustration”.

These individuals had come to India searching for citizenship on the idea of non secular persecution in Pakistan.

Drawing Shah’s consideration to “the serious plight of Pakistani Hindu returnee to India”, Chowdhury wrote that “a large number of Pakistani Hindus who had come to India…to escape religious persecution had to return because they were unable to secure Indian citizenship”.

“The Ministry of Home Affairs in 2018 and again in 2021 had announced that Hindus, Chiristians, Sikhs, Parsis, Jains and Budhists from Pakistan, Afghanistan and Bangladesh can apply for Indian citizenship online. Thousands and thousands of Hindus from Pakistan came to India and applied for Indian citizenship. However, because of the slow and cumbersome process there is little progress and they have become so frustrated that they are going back to Pakistan,” he wrote.

In a second letter, Chowdhury requested Shah to withdraw the Citizenship Amendment Act.

“It is more than two years now that you have passed the ill thought-out legislation called CAA,” he wrote. “But still, you are not able to implement it because of its inherent and manifest unconstitutionality. That is why Pakistani Hindu returnees are going back to Pakistan out of sheer frustration and hopelessness. This draconian legislation cannot be implemented because it is a legislation targeting a particular community. It is against the basic tenets and fundamentals of our constitutional ethos.”

The Congress chief talked about that the underlying worth of Indian Constitution is “to live and let live”. “And therefore, I am sure this targeted legislation against a particular community will not stand judicial scrutiny,” he acknowledged. “Perhaps you know it well and that’s why despite the passage of the Act of more than two years, you have not been able to frame even the rudimentary rules of CAA.”

Emphasising that the “world is watching us and they have tagged us as a country of particular concern in respect of religious freedom,” Chowdhury wrote, “it is important that we preserve the fundamentals of our governance, i.e, secularism and social justice. Otherwise, our great civilization embedded with secular and tolerant values will be tarnished beyond repair…. I appeal to you to withdraw the CAA legislation in the impending monsoon session of Parliament, like the three controversial farm laws.”

Chowdhury, in his first letter, acknowledged that the Pakistan authorities is forcing a lot of these returned to say that they had been ill-treated in India. “The worst part is that after they (Pakistani Hindus) returned, they were used by Pakistani agencies to defame India. They are paraded before the media and made to say that they are ill-treated in India,” he wrote.

Pointing out flaws within the system, he acknowledged, “Though the entire process is online, the portal does not accept Pakistani passports that have expired, forcing people seeking refuge to rush to the Pakistan High Commission in Delhi to get their passports renewed for a hefty sum.”

Chowdhury wrote: “These people come to India amid great financial hardships and to cough up an exorbitant sum for renewal of their Pakistani passport is really hard on them. The condition of these Pakistani Hindu returnees in India is miserable, terrible and pathetic. They are neither here nor there. I appeal to you to take immediate and appropriate steps so that our Hindu brethren do not face harassment and they do not have to go back to Pakistan out of frustration.”